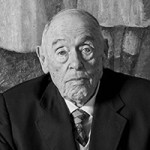 A lawyer at the Bar of Milan, Filippo has many years’ experience in the law and also acts as an auditor. Formerly a city councillor in Milan, he is on the board of directors of the Teatro della Scala opera house, an internal auditor at Cariplo (a charitable foundation in the Italian banking sector) and one of the founders – and subsequently chairman – of the Internal Board of Auditors of Fondigest, the Italian bank Banca Intesa’s pension fund management company. He is also a director of El.Pzoo S.p.A. Filippo has a wealth of experience in company law and in the area involving dealings with banks. He currently occupies a number of roles as internal auditor, on the board of directors and as liquidator, including as court-appointed liquidator for the purposes of arrangements with creditors pending in the Court of Milan, for various companies. In 2011, Filippo was awarded the gold medal by the Bar Association of Milan to mark the first 50 years of his career. 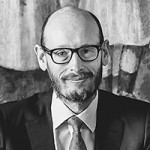 A civil lawyer at the Bar of Milan admitted to the Supreme Court, Pietro has considerable experience in the field of civil law, specialising in corporate and banking law. Since 2002 he has been handling matters before the courts involving banking law, with a particular focus on issues such as compound interest and problems linked to derivatives, acting in addition for various corporate groups. He regularly advises clients on company law, including with regard to corporate affairs, advising on standard as well as special contracts and, in general, on civil and commercial claims. A keen motorsports fan, since 2014 Pietro has acted as executive director of the Automobile Club of Milan and has been a member of the board of directors of Servizi Assicurativi Automobile Club Milano s.p.a. and Immobiliare Automobile Club Milano s.p.a. (the Automobile Club of Milan’s insurance services company and property investment company respectively) since 2014. Since 2015, he has also been an executive director of MeglioMilano, a non-for-profit association that works to improve the quality of life in Milan.
Languages: English – Italian.
LinkedIn 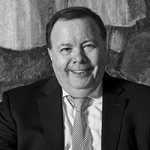 A lawyer at the Bar of Milan, Massimo was born in Milan on 13 December 1958 and graduated in law with distinction from the State University of Milan. He has rights of audience in the Supreme Court. In the early years of his career, Massimo built up considerable experience in-house as head of the Legal Department at listed companies. His work therefore involves the range of issues faced by businesses, with a particular focus on company and commercial law and on bankruptcy law whilst also dealing with tax and employment law. A significant percentage of Massimo’s work also involves administrative law, where he deals exclusively with procedures relating to tender contracts for works, services and supplies. He also handles issues relating to the position of immigrants.
Languages: English and Russian
LinkedIn 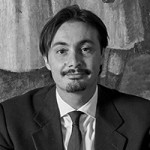 A criminal lawyer at the Bar of Milan, Stefano graduated with honours from the Sacro Cuore Catholic University in Milan in 2000. Subject expert in legal informatics at the University of Milan since 2006, in 2013 Stefano was awarded a PhD in the philosophy and sociology of law by the University of Milan-Bicocca, with his thesis on the Global Privacy Standard. Since 2013 he has occupied the role of contract lecturer in legal informatics at the University of Insubria (Italy). Stefano has advised Italian and foreign clients both in and out of court on a broad range of issues involving the law relating to new technologies and legal informatics, privacy law, the law governing IT security and economic and IP criminal law. He is the author of publications on privacy, copyright, the law of new technologies, corporate criminal liability and commercial criminal law.
LinkedIn 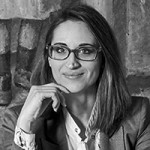 A 2011 graduate, Alice specialises in administrative law and, more specifically, in the area involving public tenders and assistance to foreigners both in and out of court. She advises on procedures for calls for tenders in the public sector, with her work including the stage at which the legal documentation and regulations are drawn up, dealing with access, applications in the absence of a response from the Department of Public Administration and to secure implementation of decisions or rulings by the Department of Public Administration, and town planning. Alice advises clients in relation to proceedings at all levels in the administrative courts regarding the above matters.
Languages: English 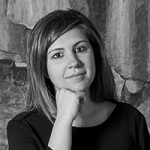 A civil lawyer, Claudia graduated with full marks in 2012 from the Sacro Cuore Catholic University of Milan, with her thesis in industrial law entitled (in Italian) ‘Protecting designs with copyright’, which she wrote with the guidance of Prof. Marco Saverio Spolidoro. Claudia works in civil law, focusing on debt recovery and insolvency proceedings, enforcement, family law, leases, civil liability and employment law.
Languages: English and French.
LinkedIn 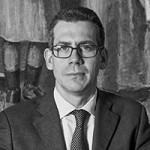 Specialising in civil litigation, Giovanni graduated with full marks in 1998 from the University of Pavia. Enrolled at the Bar Association of Milan since 2003, he has built up considerable experience in commercial law, contractual liability – and professional negligence in particular – and liability in tort, employment law and the law governing leases.
Languages: English 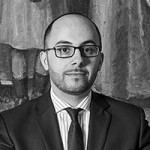 Qualifying in 2005, Andrea works as a lawyer in Milan. With has consolidated experience in the innovation and new technologies sector, he works in the field business law, focusing in particular on the world of ICT and intellectual property rights, including on an international level. In 2009 he was awarded a PhD in Legal Informatics and IT Law at the University of Bologna.

Avv. Andrea Michinelli.
Andrea graduated from the University of Bologna, with his thesis on software agents in digital rights management systems. As a lawyer he specialises in copyright law, entertainment law and IT law, focusing on matters dealt with out of court and speaking at seminars and conferences. Andrea is a member and organizer of Federprivacy, the Italian national privacy federation, with Quality Certificate No. AG101135 pursuant to Section 7 of Law 4/2013. 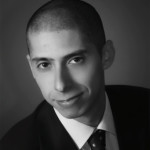 A criminal lawyer, Andrea has from the outset of his career worked in the fields of criminal law and compliance, with an emphasis on the liability of organisations pursuant to Legislative Decree 231/2001 and privacy/data protection, topics that he also provides training on. Currently studying for a PhD at the University of Milan-Bicocca, Andrea’s thesis is on the concept of privacy.
Languages: English and German 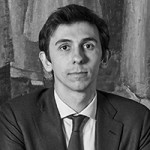 As a criminal lawyer, Davide focuses in the main on acting for clients in connection with criminal proceedings. A 2010 graduate in law with full marks from the University of Milan, he has been a lawyer at the Bar of Milan since October 2013.
Languages: English

Giovanni d’Ammassa.
A lawyer since 1997, Giovanni has always worked in the field of copyright law and related rights. A founder of the first Italian copyright portal (www.dirittodautore.it), of Note Legali (an association that supports professional musicians -www.notelegali.it), and of the copyright and new technologies magazine ‘DANTe’, Giovanni was a member of the assembly of SIAE (the Italian Society of Authors and Publishers) from 2003 to 2007, and has been a member of the SIAE regulations and charter review committee since 2004. He is also subject expert in copyright law, working with the professor of Industrial Law – Intellectual Property at the University of Milan. For some years now, Giovanni has been heavily involved in training in the field of copyright by holding seminars and speaking at conferences. He has lectured at the University of Milan, the Catholic University of Milan, the University of Cagliari, the University of Piemonte Orientale, the Academy at the Teatro della Scala in Milan, the Modena Music Centre, the Hope Music School in Frascati, ANAI (the Italian National Association of Archivists) and the United European Culture Association. He has also lectured at training providers Formel S.r.l. and 3F Former S.r.l., Villa Umbra, Ateneo ESE, Fondazione Scuole Civiche di Milano and Irecoop, together with a number of Italian and foreign public bodies as well as local and provincial libraries. His work has been published by IPSOA (the Italian postgraduate institute of business administration), Giuffrè, Franco Angeli, Nyberg Edizioni, Gruppo Editoriale Jackson and VNU, etc.